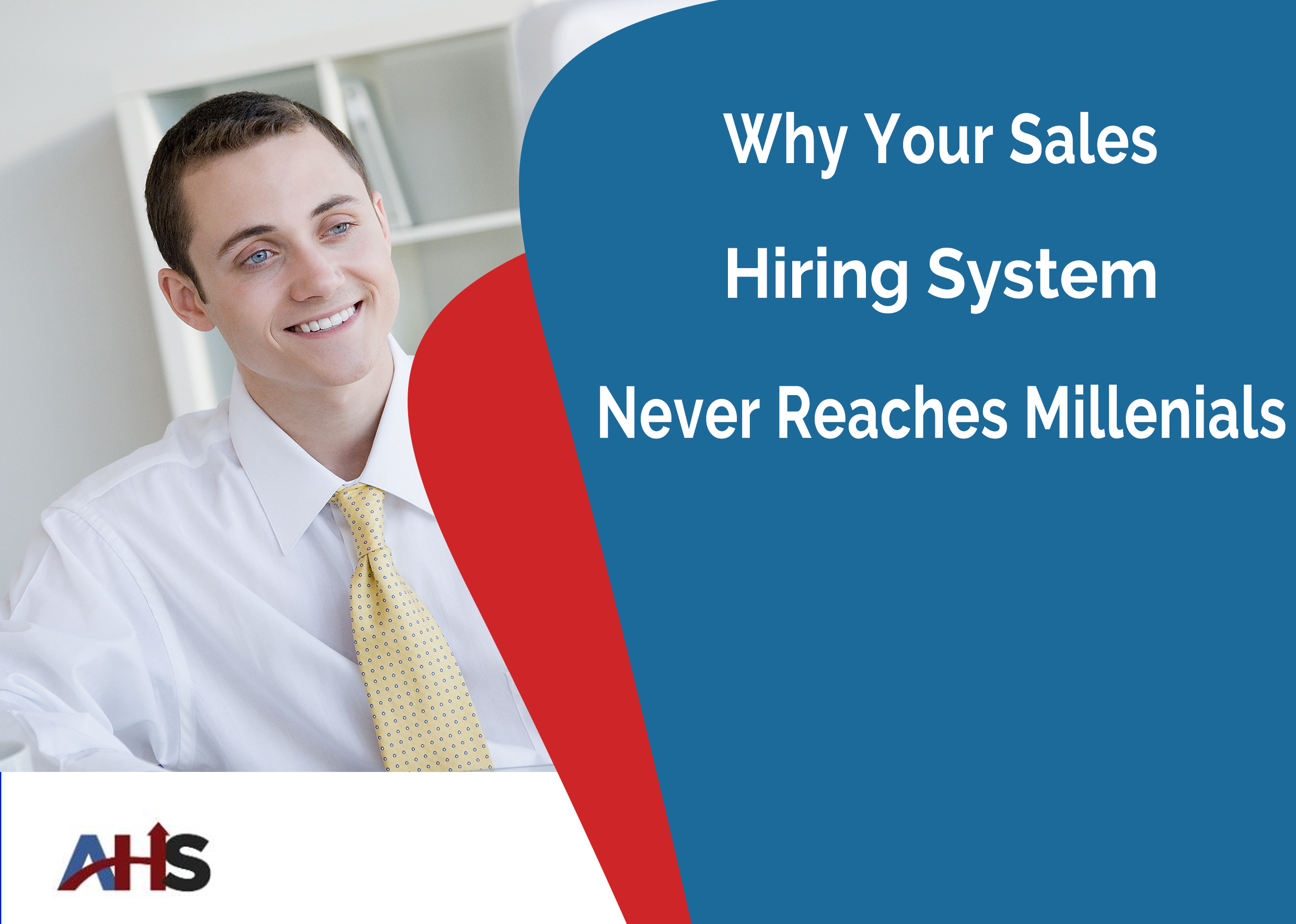 I was on a new client service call last week talking with Harry. Harry is a General Agent for Ohio National.

He said, “They tell us that Millenials don’t want money so that’s why they’re not applying. For three years I’ve tried to reach Millenials. Since we’ve signed up with you guys at Advanced Hiring more than half our applicants are Millenials. I am loving this.”

I love this kind of call because it reinforces something I’ve said for years. Most people don’t believe me when I say it. Millenials in the US and Europe who can sell are just like everybody else.

There’s a bunch of crapola out there that says Millenials don’t care about money.

Neither do most Baby boomers, Gen Xers, Traditionalists or members of the Silent Generation!

That’s just the way it is. And I say Thank God for that! Can you imagine a world in which everybody was money or power motivated? There’d be no nurses, teachers or soldiers.

But salespeople MUST be money or power motivated. Because if they’re not then they won’t sell much. (You’ve hired enough of them already to know what that’s like.)

How do we do the kind of magic we did for Harry where he went from zero to 60 so fast? Here’s a link to a new tool we’ve developed to help you figure it out for your company.

Please do it today because my CFO wants me to start charging for this service.

I know, sometimes it seems that applicants for salesmen just seem to fall from the sky.…

Doing It For the Passion

Bit off topic, but not really. So many salespeople got into sales for the money,…