My first challenge when I went in search of my first job after college was to “create a resume.”

In 1974 I didn’t just fire up Google and type “examples of resumes for salespeople”. Nope. I had to go to the library and find books with examples. As I flipped through the books on resumes I searched for style, but I kept my eye open for content. 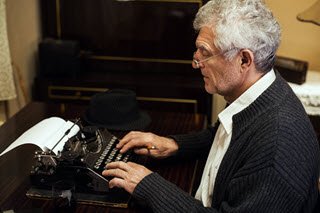 Style was easy, but the content was a challenge. After all, I had little experience.

As I searched, one line caught my attention and I used it in every resume. At the top of the resume I typed:  “Demonstrated ability to Conceive, Plan and Implement.”

Of course I was a 20 year old and idealistic. But I made a decision to be the kind of person who embodied those characteristics. I built them into my personality — particularly when it came to my work life

I am second generation American on my father’s side. My grandparents arrived at Ellis Island on a boat, alone, without their parents at ages 13 and 14. They came from Eastern European families. My grandmother came from Czechoslovakia and my grandfather from Hungary.

It was tough for new immigrants with poor English skills and no capital to start a business. My father was proudly the first Fendrich to go to college.

We grew up hearing stories of our European family — especially stories of family “characters.”

One story we heard was the “Uncle Yomish Story.” Pronounced YO-mish, he was one of my Grandfather’s brothers.

Uncle Yomish always had a new scheme for how he was going to get rich in America. But he was long on conceiving, short on planning with no implementation.

The rest of the siblings “buckled down.” They did whatever work they had to do to put food on the table for their families.  But Uncle Yomish did not. He was always coming up with ideas, but he failed to implement.

There’s Yiddish expression which translates to “The Doer is more important than the Dreamer.”

When hiring salespeople, the AHS 4 Part Interview Module is one of the keys to discovering how well your applicant implements.

Please Share This
Related Posts
Sales Hiring: Hire *A* Players for Your *A* Team

In this election year, there are, as usual, a large number of voters…

A Salesperson Profile is More than You Think

Just as your facial profile is more than just your nose, your forehead, your chin,…